Margo van de Linde is a theatre director, actress and singer. She has worked for over 10 years as a comedy improviser. Choosing this path has greatly influenced her projects. In her work she often fuses elements of role-play, cabaret and live music in order to create theatrical portraits of herself and others. Her awareness of power dynamics and the thin line between authenticity and performativity have led her to explore this further on (and off!) stage. Recently the position and voice of women in society have formed her main interest.
Margo is a graduate of the Masters study DAS Theatre in Amsterdam. 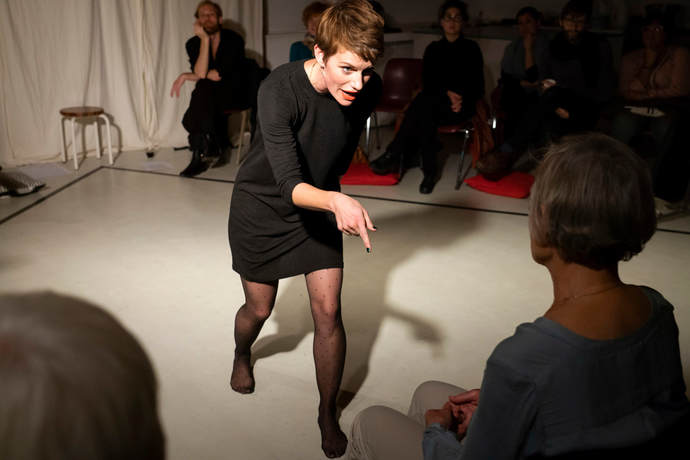 Me, The Beguines and the Communion

Het Begijnhof in Amsterdam. A place that has been my home for many years - a courtyard of houses in which only women are allowed to live. Laden with history and experiencing a new reality in which women of all ages and a growing wave of tourists inhabit her space. Within this strange crossover between former times still present and new times kept at bay, I wonder:  What brought us here? How do we relate to those before us? Are we a certain type of woman? Who is that woman? Do our journeys have a common thread?

Using the format of the one-woman show, I will be looking into the potential of using acoustic sound as my main medium (spoken word, vocals and the percussive textures provided by a drummer) to layer the memories of the women I've come to know over a history that reaches as far back as 1300. I’ll also use the live moment to see what is conjured, through the audience and myself, in reaction to this. Because some rituals are timeless.

Created on residency at Veem House for Performance - October 2018
​ 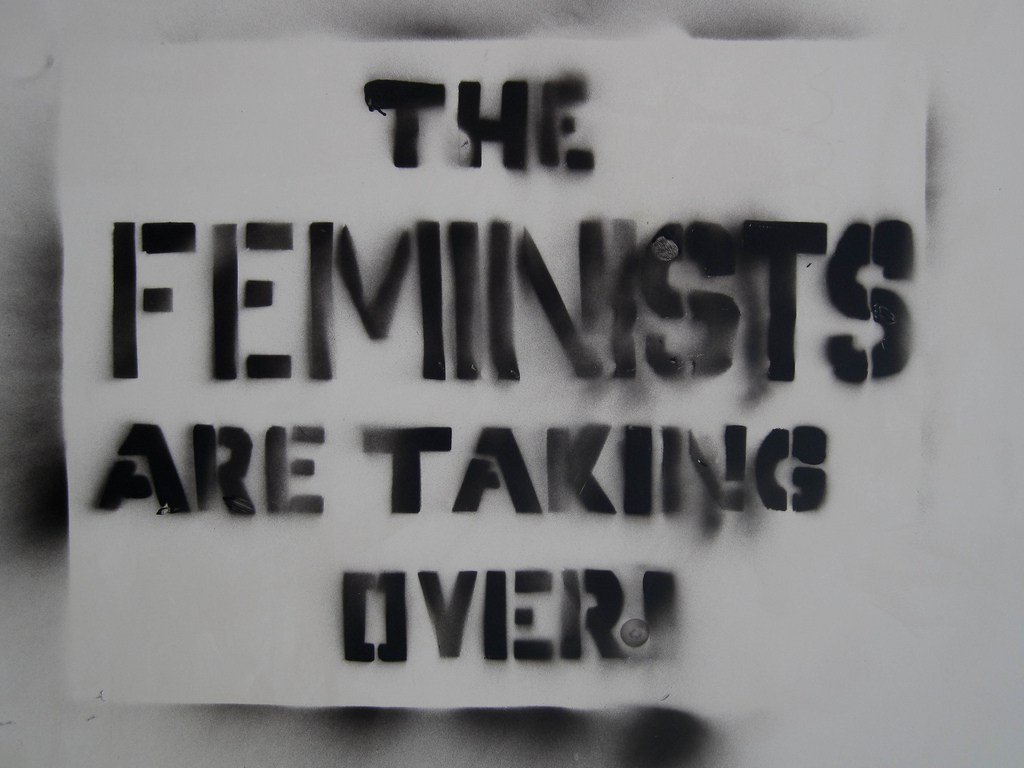 I would like to invite you to attend a tryout of a work I'm currently developing called Improvised Feminism. The setup is an informal, interactive circle that I would like to welcome you to and get your reflections on.

For many years now I have felt that I am a feminist, and yet have so often held back from claiming this position simply because I felt I had not read enough on the topic. This became increasingly frustrating - also because every time I sat down to read a Judith Butler I invariably ended up distracted and making another tea. So I asked myself: How do I learn? What engages me? What do I care about? The answer to this question forms the basis of the sessions. 'To be in an intimate setting, to have conversations, to improvise, to laugh, to embody, to feel.'

Rather than a work I should call Improvised Feminism an ongoing series of sessions. My co-actress Trista Mrema and I facilitate a conversation which circles around the female experience - from the daily to the theorised. It has as the starting point the sharing of an excerpt of text read aloud. Our improvisations continually feed back into and enliven the conversation.

We would like to invite you to a space in which live role-play by the two performers serves as a catalyst for group conversation and where lightness allows for the absorption of words. The session is created by those who participate and in that sense is open to whatever level of involvement feels right.